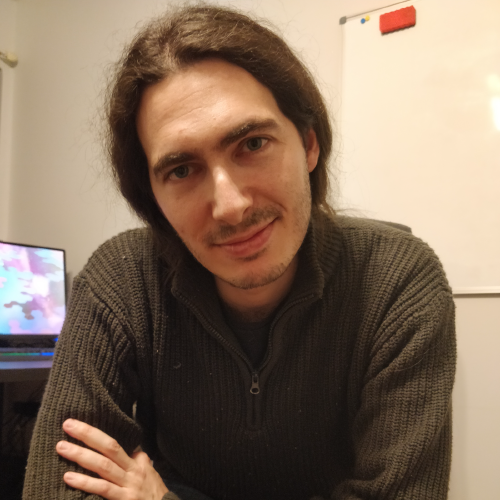 Marco holds a Ph.D in computational Condensed Matter Physics, with a strong focus on quantum and classical atomistic simulation methods. Throughout his decade-long career he has worked on both software development - mainly in C++ and Python - and research intensive projects across several research fields ranging from low-temperature physics to computational chemistry and biophysics. This experience, along with his robust mathematical and coding background, allows him to be a broad and thorough problem solver, well capable of working both independently and as a team member.

Since 2005 Marco worked on a rich variety of projects. To name a few, he worked on a porting of a Quantum Monte Carlo simulation software from Fortan77 to C++. He later designed and developed parallel simulation software for quantum many-body systems adsorbed on various substrates, tools for the solution of inverse problems (i.e. the inversion of the numerical Laplace transform from noisy data) based on Genetic Algorithms, atomistic simulation libraries for chemical systems with hybrid openMP/MPICH parallelization, non-linear fitting strategies for Molecular Dynamics thermostats based on generalizations of the Langevin Equation, a Python script that implements some Enhanced Sampling methods in Gromacs, and more recently coordinated the development of a C++14 program for quantum dynamical simulations based on the Feynman’s Path Integral. He worked on several physical and mathematical problems including Superfluidity and Supersolidity, the negative sign problem affecting sampling algorithms, Enhanced Sampling of high dimensional probability distributions, and the problem of quantum transport in protein channels.