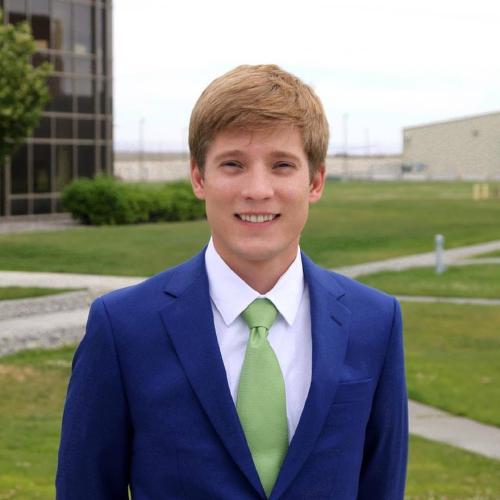 Eric holds a Ph.D. in Nuclear Physics from Berkeley. His thesis was written on the nuclear data of fission yields. His main interests include nuclear medicine, data science and analysis, and statistics. Eric is currently working with Expert Analytics to develop its oncology research portfolio after the company joined the Oslo Cancer Cluster in November 2022. Eric retains an appointment on the research faculty at the Department of Nuclear Engineering at Berkeley.

Eric completed his Ph.D. in August 2021 and thereafter joined the Department of Nuclear Engineering at Berkeley as a member of the research faculty. In October 2022, Eric joined Expert Analytics. He seeks projects that can utilize his skills in data science and nuclear science.

Eric’s main programming languages are Python and C++, however, he has extensive knowledge of FORTRAN and can also program in Java, MATLAB, and C. Eric has experience in open-source software development and open-access datasets. He is well-versed in using common scientific coding packages such as NumPy, SciPy, and ROOT.

Eric particularly enjoys developing thorough uncertainty quantifications for his analyses. These skills were developed in the course of his education and research in nuclear data. Eric frequently employs Monte Carlo methods for these quantifications.

As a result of his time as a National Nuclear Security Administration Fellow, Eric has developed an interest and considerable background in nuclear security policy. He led a student group at the Goldman School of Public Policy to publish their final course report in the Bulletin of Atomic Scientists.

Finally, Eric greatly enjoys teaching. During his time at Berkeley, Eric was a teaching assistant or graduate student instructor on seven occasions. In 2018, he was awarded one of Berkeley’s “Outstanding Graduate Student Instructor” awards, a university-wide recognition.